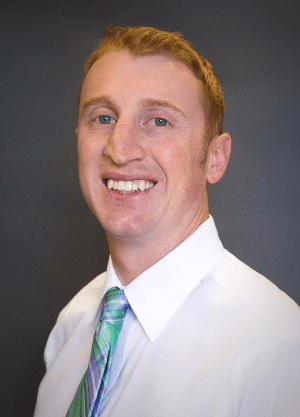 Drew Norris is an orthopedic physician assistant specializing in spine surgery. He works with Dr. Ashraf Guirgues as a valuable member of the Spine Team at Carolinas Center for Surgery. Drew grew up in Denver, Colorado where he first found his love for the outdoors. He enjoys skiing, biking, hiking, and jogging with his wife, Kelsey. Since moving to Carteret County, Drew and Kelsey have taken on new outdoor hobbies such as kayaking, paddle boarding, and fishing.

Drew has always been ambitious and fostered a love for learning. He attended Colorado State University where he earned his B.S. in Biology with a concentration in Neuroscience. After graduation, Drew spent time in research, exercise science, certified nursing assistance, and even scribing in the Emergency Department of his local hospital. To continue Drew’s journey of learning, he moved to Roanoke, Virginia where he attended Jefferson College of Health Sciences. Drew was privileged to work at one of the region’s largest hospital systems, Carilion. It was there that he found his calling for Orthopedics and particularly spine. Drew is a member of the North Carolina Academy of Physician Assistants.